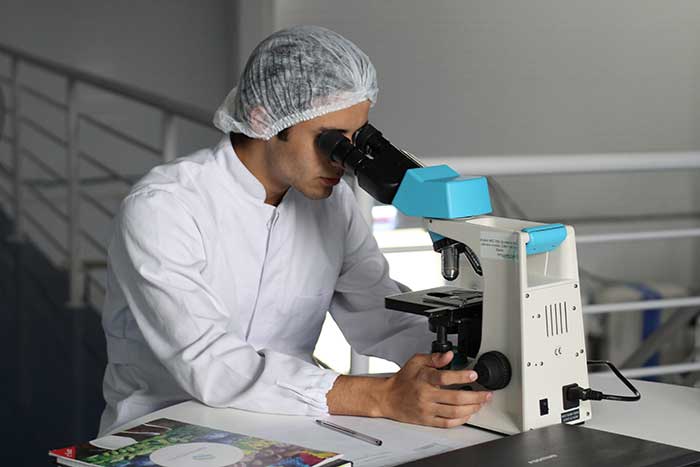 Cancer has become a widespread problem affecting many lives throughout the world. Typical treatments for cancer include chemotherapy and radiation, which often have negative side effects on patients. These side effects include fatigue, hair loss, anemia, nausea, weight loss, change in appetite, and constipation.

Many patients feel even sicker when seeking relief from cancer. Due to these negative side effects, Universidad del Valle in Colombia researched treatment that would target localized cells without the destruction of healthy cells so that only infected cells would be treated and not unnecessarily cause harm to healthy cells.

The treatment would involve a nanocomposite of Titanium Dioxide, which has previously shown positive results in treating cancer cells. The chemical compound has a wide range of applications that take on new properties when modified into a nanocomposite.

This new treatment takes action quickly and could be promising for cancer patients. A professor on the study found that when the Titanium Dioxide is modified into a nanomaterial and combined with ultra-violet light it attacks cancer cells but leaves normal cells alone. Additionally, there is much less of a chance that patients would get cancer again with this type of treatment. In just 40 minutes the treatment caused 98% cell death in cancer cells.

Unfortunately, this treatment will most likely not be widespread for years because it will take at least six years of research and testing before the treatment is available to humans. It has so far been effective on a type of crustacean and mice.

Even though the treatment is still in the testing phase, it promises hope for the future of cancer research and development. This treatment could be helpful for patients who face many negative side effects from chemotherapy and for patients with a very aggressive form of cancer. Using Titanium Dioxide could be the answer many patients have been looking for.